Money can be a big worry for some. When we constantly focus on the lack of money or how we are going to pay the bills. This worry, sadly attracts more lack of money, which then makes you feel even worse and you end up with less money.

Luckily there is a way of turning this around. By focusing on prosperity and wealth will attract money to you.In the past you may have picked up limiting beliefs.

These beliefs are part of your programming, you have learnt these from your parents or teachers, usually from a very young age.If you grew up in a house hold who felt they could never afford anything or never had enough money. Jealous of rich people and thought money was evil, then these are programmed deep inside of you.

With EFT these can be easily cleared, by re-programming your mind to think in a positive way. When you tap the EFT points and repeat a positive affirmation, something you want to believe then after a while your subconscious mind will take that as truth and then money will start flowing to you as if you were a magnet!

Follow the two EFT routines, negative and then positive for two weeks, twice a day, and then just positive, for as long as possible to reinforce your new beliefs.

'Release Negative Beliefs about Money' one 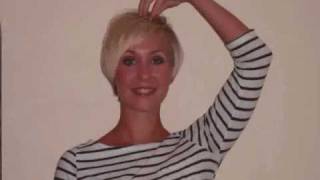 How to build Self-confidence by changing your beliefs with EFT

How to Lose Weight Naturally Without Dieting!

How to stop food cravings in less than a minute!

What is the Law of Attraction?

How to Attract Your Soulmate by changing your beliefs with EFT

How to Create a Success & Gratitude Journal

How to Balance your Chakras with EFT